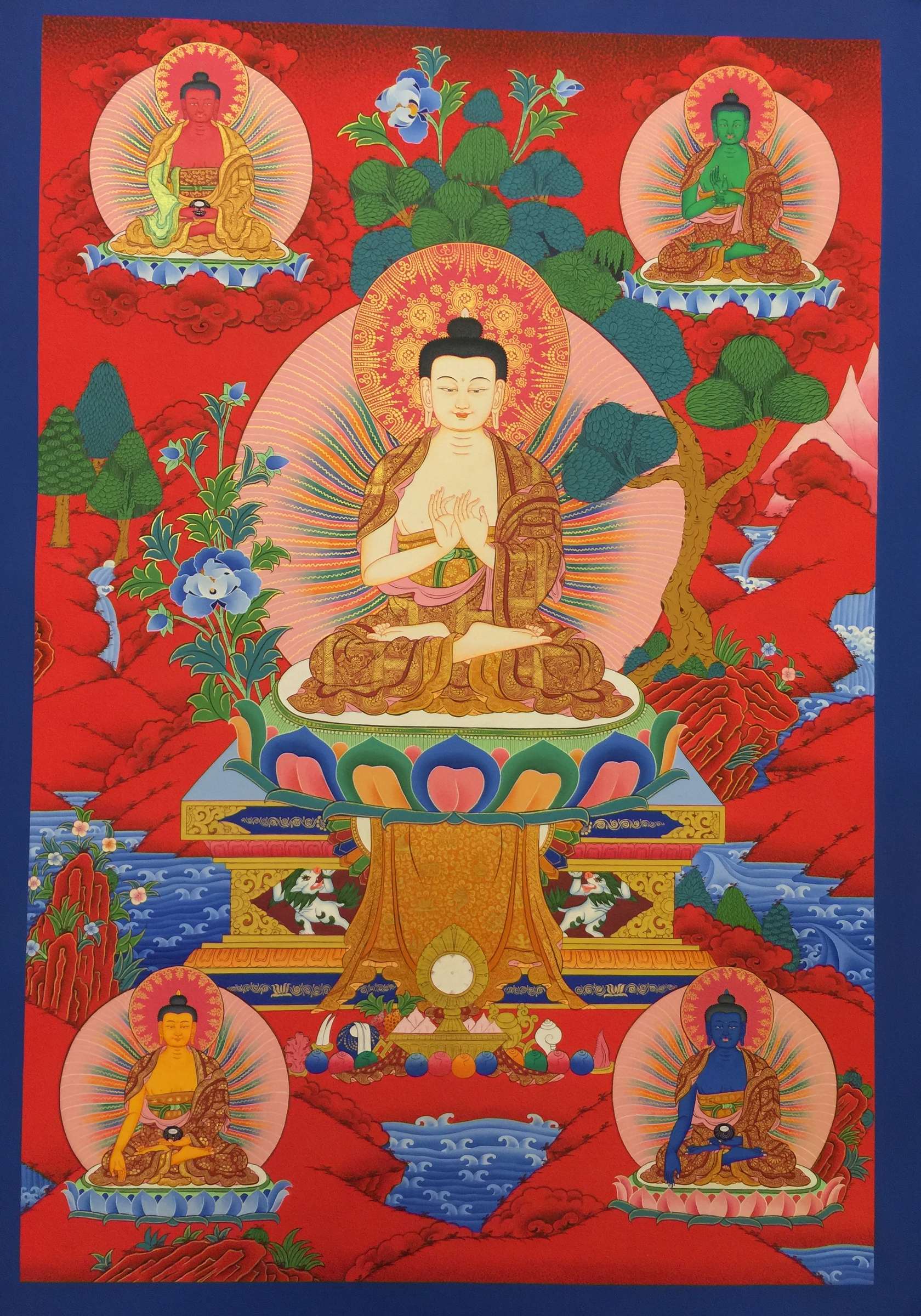 Vairocana Thangka Painting is handpainted by Thangka Artist in Nepal on cotton canvas with natural colors.

Vairocana Thangka Painting is handpainted by Thangka Artist in Nepal on cotton canvas with natural colors.